The characteristics of households in the Regional Center differ from the city overall. The majority of households (75%) in this Regional center are considered family households, in which the people within the households are related by birth, marriage, or adoption. This rate is higher than the city average. This is evident by the average household size of 3.23 people in the Port San Antonio Area Regional Center. The Regional Center population is also substantially younger than the City population overall; the median age in the area is 26.3 years, compared to 34 in the City. Nearly half (47%) of the population is under age 20 indicating a large presence of children in the area.

The housing stock in the Port San Antonio Area Regional Center follows a similar pattern as the City overall. The majority of the housing, approximately two-thirds of structures, is single-family detached. New housing development in the Regional Center has been more oriented to multi-family units. The Regional Center has captured over 1,900 new housing units since 2010, of which approximately 2/3 of the units have been multi-family units. There have been three large multi-family projects totaling 1,200 units constructed in the area since 2010; however, only one of these projects is a traditional, market rate apartment development (the 252 unit Freedom Hills Ranch). The other two projects were targeted at seniors and/or low income households. The Port San Antonio Area Regional Center is forecast to grow by 13,500 to 15,500 housing units from 2010 to 2040. Since 2010, the Regional Center is estimated to have grown in housing units at a slower rate than forecasted.

Only 56% of the households in the Port San Antonio Area Regional Center are owner-occupied despite a higher than average presence of single-family homes. This indicates the older single-family housing stock may have a higher proportion of renter-occupied units than found citywide.

Housing costs are lower than average in the Regional Center compared to the City. The average single-family home price is nearly half that of the citywide average. Apartment rental rates are also lower than average but only 20% less than the average in the city. Despite lower than average housing costs, there are still issues of affordability for some households. In the Regional Center, 19% of homeowners and 49% of renters are cost burdened, which means they pay more than 30% of income towards housing. The percentage of cost burdened owner-occupied households is below the Bexar County average and does not indicate issues with home-owner affordability. However, the rate of cost-burdened rental households is greater than the County average and has grown from 40% in 2000 to 49% in 2017. 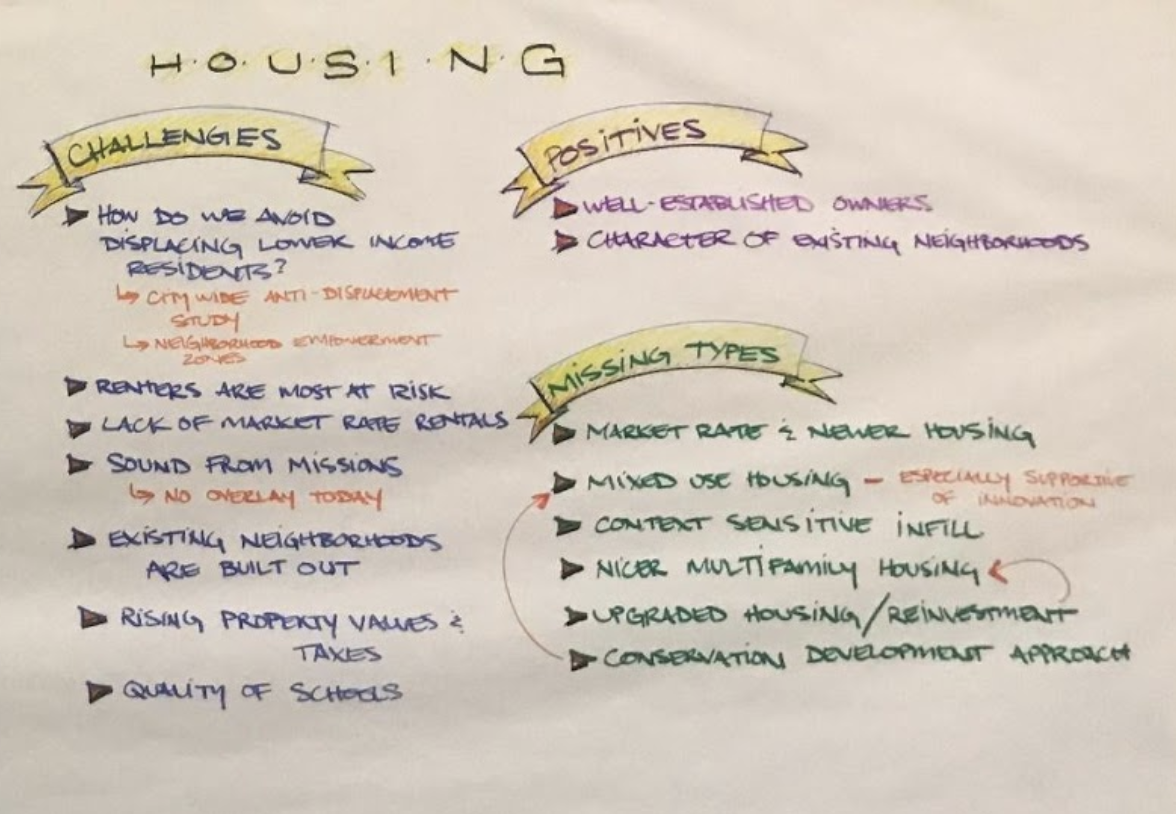 There are three main housing challenges that were identified for the Port San Antonio Area Regional Center:

Housing recommendations were developed based on the Port San Antonio Area’s vision and goals and to address the challenges identified during the planning process. Specific strategies to implement these recommendations can be found in the Implementation section of the plan.

Preserve the character of existing neighborhoods through infill development and reinvestment that is context sensitive to architectural styles, building scale and height, and size of lots, while supporting the retention of existing residents by mitigating impacts of new development and rising property values.
The expected employment growth in the Regional Center has the potential to greatly increase the demand for housing in the area over time. Additional housing can be added to established neighborhoods and can increase the diversity of housing options; however infill development should be done in a way that is compatible with existing architectural styles of the surrounding homes (which varies for the different neighborhoods and ranges from bungalow style to craftsmen), densities, and building masses. As new housing is built and the desirability to live in the Regional Center increases, the City should take steps to ensure increased demand in the area does not create affordability or displacement issues for long-term residents.